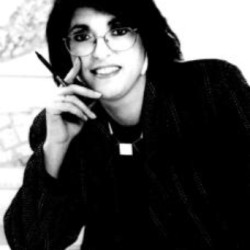 FAIA, 1997.
Served four mayors by appointment to Chicago's Zoning Board of Appeals 1983- 1986, and to the Building Department Code Standards Review committee 1996-Present.

Taught at UIC, and mentors international students from the Art Institute School of Architecture in her office.

Roula Alakiotou, FAIA leads ROULA ASSOCIATES ARCHITECTS, Chtd. an architectural practice based in Chicago. She studied Architecture at the Athens Technological Institute. Her peers elevated her to a Fellow of the American Institute of Architects (FAIA) in 1997.

Roula has worked at Constantine Doxiadis’ Office “Ekistics” in Athens, contributing to large-scale projects, such as Middle East Airports and Master Planning of Athens’ decentralization.

In Chicago, she has worked with the Chicago Department of Public Works and City Architect’s Office, contributing to several urban and historic projects, including the renovation /readaptation of Chicago’s Navy Pier, in addition to several other community-service based projects. She authored the Chicago Beautification Manual, designing guidelines for business strips facades, signage, street parking, and other amenities for neighborhoods improvement.

In 1980 founded her firm, a veteran in women-owned architectural firms, with an impressive record of clients and practice of a particular emphasis on large-scale public sector projects. She has taught at UIC as an adjunct associate professor, served on student work juries, served on AIA Gold Medal & Firm Award jury in Washington DC, and mentors international interns in her office from the Art Institute Chicago School of Architecture.

She has served four mayors through her appointment to Chicago’s Zoning Board of Appeals, and to the Building Department Code Standards Review committee.

Chicago’s City Council issued 2 Resolutions (1992+2005) honoring her for her contributions to the City; and was inducted into the Today’s Chicago Woman Hall of Fame.

She was named a “Living treasure of Edgewater” 2013 by the Edgewater Historical Society for leading the development of Berger Park in her neighborhood.